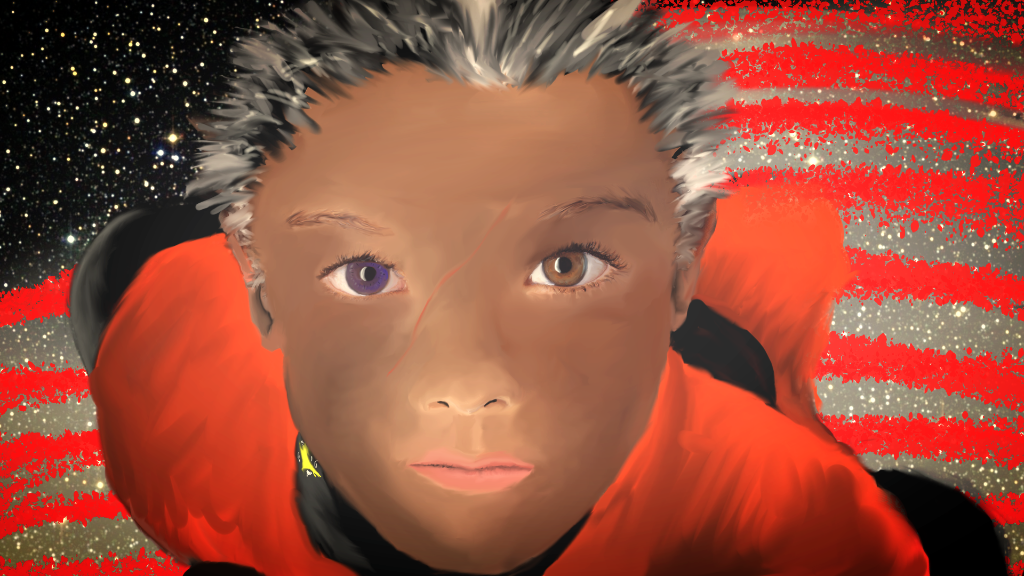 Chapter 1:   He Who Would Destroy Our World

The truth was that he did not care about Jesus Christ. Even as he tried to shake the icy cold water from his face, they kept mentioning him. They kept making comparisons. Above them, the sky remained hidden behind the thick, creeping smoke as the city continued to burn.

"Now, try to stay conscious this time," one of them remarked. It was their commander. "And just how are you supposed to save us if you can't even stay awake, huh?"

The elite ranger could taste the salty blood in his mouth as he tried to regain his bearings. Even as his glistening black face froze from the cold, he could feel the sting of heat from the burning buildings in the distance. He struggled to understand his own thoughts, let alone what the other soldiers were talking about. He could barely remember what it was supposed to do, but he knew that if he did not do what they wanted - if he did not press the trigger on the device they had put in his hand - he would likely die and along with him, the very existence of life on Earth. There would be no more humans. No more creatures. No more life. Unfortunately, the other option would probably result in exactly the same outcome.

"What do you think, Hudson?" The commander asked. The one they called “Hudson” barked back, "Sir, for someone claiming to be our savior, he sure is a weakling, sir!"  The ranger, still on his knees looked at the two automatic assault rifles pointed at his head by soldiers cleverly standing out of range. Not that it would have made much of a difference to him. Not only was he too weak to put up any kind of fight, he had never been formally trained in man-to-man combat. He could not tell how many other US soldiers surrounded him, but he felt the presence of many.

"Do it, soldier! Push the goddamn button cause you ain't leaving here otherwise," the commander kicked him in the chest, cracking his spirit. "Not without a miracle, you ain't."

That was when the most unexpected thing descended from sky.

"The age is dull and mean. Men creep,

She remembered the boy's nine-year-old eyes staring inquisitively into Meredin’s. Although Meredin’s familiar smile covered the pain he was used to seeing her hide, there was something too unsettling about it this time. She was taking longer than usual to answer the question. Maybe she was just as surprised as he was. After all, if it were true, why would she keep it a secret?

His sanice stuck her hand out, signaling for him to come closer. He did. As he felt her warm arms embrace him. He felt the familiar comfort begin to envelope him. Again, he smiled. He almost did not care about the answer anymore. He wanted to know why he was treated differently from the others like him. They made fun of him. They would say he has a mother. He wanted to know why they didn't get to spend as much time with her as he did; why she never held them that way. Why she didn't love them like him. Why they called him her son. Who cares?

He was here now with the woman who he had come to believe had birthed him and the general, the great commander, would be home soon. Everything would remain normal.

"I'm sorry, baby,” she finally said as a response.

Now that was unsettling; there was way too much pain in her voice. He gripped her tighter, trying to prevent her from saying anymore.

"Maybe I should have explained to you earlier."

His plan didn't work. She talked. He figured he might as well try to understand what was happening.

"Like you, they too are children, but you are special." He loved hearing her voice when his ears were pressed against her chest. It sounded like someone was speaking from within.

"There are many reasons, baby. You carry important history in your blood. Important to all of us. That's why we watch you very closely."

She paused, surprised by the question. He could sense the hesitation. He could feel the words in her stomach refuse to come out. "Baby, do you remember what I told you about the Over-world?"

The words sent shivers down his spine. How could he forget? The Over-world, the most terrifying place imaginable. The place where those who turned their backs on their creator resided. Of course he remembered. His nightmares would never let him forget. Every night before he slept, he prayed to God that he would never have to go up there; that he would never go to the ‘Over-world.'

"Many of us, we have to...” She tried to find the words. “We're going to have to go up there eventually."

"But the general and I are not like them. We are very fortunate. We don't have to go up there. We're allowed to stay here and look after you. You're your bloodline's legacy and very important to a lot of people." Uneasily, she began her inevitable explanation as she caressed his unnaturally white hair. This was the first time the boy ever heard of The Great Betrayal and the creation of the Over-world after the events of 'Metal Rain.' This was the first time the boy learned that the human race was at war against an unholy enemy and on the verge of extinction.

"Are we going to win, my Sanice?" Even as he asked the question, he struggled to contain the new feeling invading his body. It was terrible. It was horror.

"The general," she began, "Is considered by some to be the greatest man on Earth. If anyone can lead us to salvation, it is him."

"He can. But if he doesn't, for whatever reason,” she held him at arm’s length so she could look him in the eyes. "Baby, if the general doesn't find a solution, it's going to be up to you."

Although he still had not grasped the scope of everything he was learning at the time, he felt compelled to try to convince his sanice that he couldn't do it. Surely if a man like the great general could not save the world, then his tiny body never could. Tiny and clumsy he thought to himself. So clumsy I'd probably end up breaking it. The thought gave him a slight internal chuckle. Breaking the world was a funny idea. It was right about that time that the great general, came in.

Compared to his nine-year-old body, the general was a giant. The shiny medals that adorned the uniform beneath the bright red ceremonial coat on the legendary warrior’s tired frame had always fascinated the boy. Now, after his sanice's extensive explanations, he had an idea what they meant. He would never forget that one time when he was much younger and he had tried to jump up and grab one of them. How old was he then? Seemed like a lifetime ago. How can I get him to do that again? He thought as he saw his sanice watch the man ignore her.

How do I get him to smile?

Without saying a word to either of them, the general sealed himself in the bathroom. The boy then turned to his sanice and said to her what she had been dreading he would for the nine years of his life.

"No, baby. Never do that. Remember what I've always told you. It's important."

"But what if he doesn't know?" Before she could respond, the tired but imposing man reentered the room.

"I love you,” the boy said. He could not wait to see the general smile again. Even if his sanice had said to never tell him that, surely he still wanted to hear it, but there was no smile on his face. Actually, it looked more like shock.

"What?" responded the great warrior. "What did you say to me?"

"I said I love you. You and my sanice. I love both of you and I don't care if the other children make fun of me. I won't go to the Over-world. I'll stay here with you."

The man stood in silence and looked at the boy's sanice. This had all happened already. This was a memory the young Terranian relived over and over again, except now it was not his, it was hers. Once again, she remembered being him and still it made no sense. Maybe it was a dream; a dream as clear as a memory. 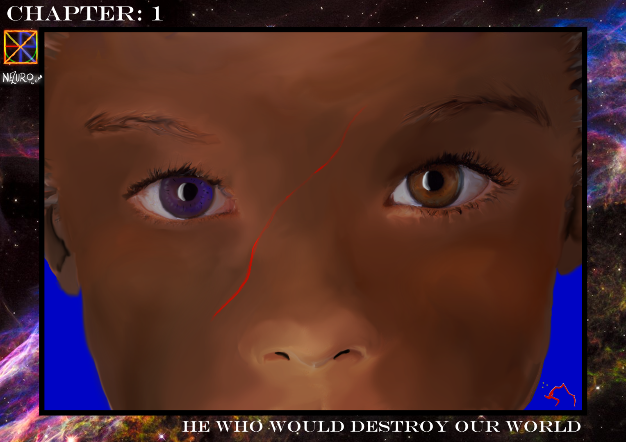