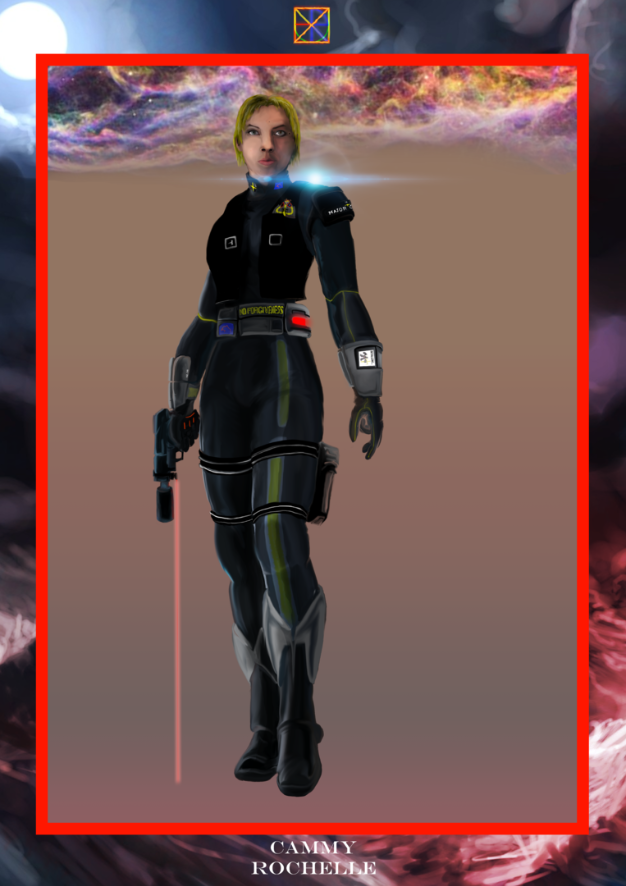 Cammy demonstrated extraordinary athletic and combat ability at an early age, in progress, catching the interest of The Terranian Guard; the policing force of the Terranian states.

It was with the Guard that Cammy met her mate-official to-be when she defeated Jimmo of Rochelle during the annual Battle Union. Cammy’s combat effectiveness and resolve caught the eye of Admiral Terachi who recruited her into his personal guard where she rose quickly through the ranks.

Perhaps inspired by Jimmo’s stories of the Over-World, Cammy was a driven to participate in Over-World combat missions. Having won favor with Terachi, the Chairman of the Pac-Con Joint Armed Forces, he saw to it that Cammy was recruited into the famed rock walker battalion “The Death Walkers”.

When rumors began to circulate that a secret order existed in Terrania called The Valkyrie, supposedly headed by Admiral Terachi himself, Cammy’s close and fiercely loyal relationship with the Admiral Supreme made her one of the prime suspects for involvement in the feared cabal.